The Problem of Paradox 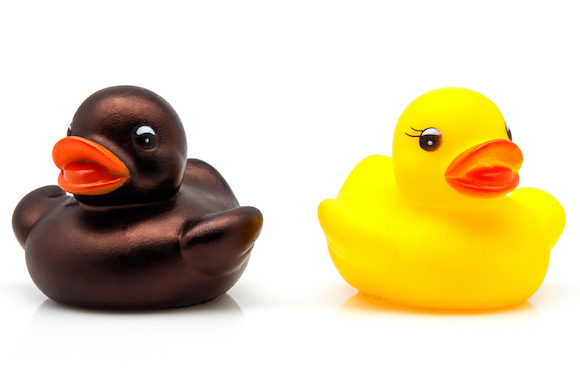 Paradox. Or as we tell young children when trying to explain the concept, a “pair of ducks.” There is a “yeah duck” and a “yuck duck” – both of which could be used to represent the same event.

And there you have the essence of a paradox: two seemingly contradictory realities that are nevertheless both true.

The problem with paradoxes is – we don’t like them. We don’t care for ambiguities and things we cannot resolve. We are uncomfortable with the tension of holding two opposite ideas at the same time, so we try to resolve them. We minimize one side of the equation and maximize the other. We choose which side we can most easily live with, and that becomes our reality.

And the problem with that is, reality insists that both sides are equally valid.

Missionaries deal with paradoxes all the time. They may love the country in which they live and still hate the climate. They may be fond of the people but not so much when it comes to the food. They have co-workers that drive them crazy but they wouldn’t want to work with anyone else. And on it goes…

In providing care for cross-cultural workers, we must be alert to their efforts to resolve things which are meant to be left unresolved. Not just so they can escape the stress of trying, but so they don’t miss out on what God is doing on both sides of the equation. To frame an event in totally negative terms overlooks the goodness of God’s presence. To create a narrative that ignores the bad in favor of the good can result in missing certain warning signs or opportunities for growth.

Paradox is real. And it is really important that we allow it to exist.