The Value of Partnership 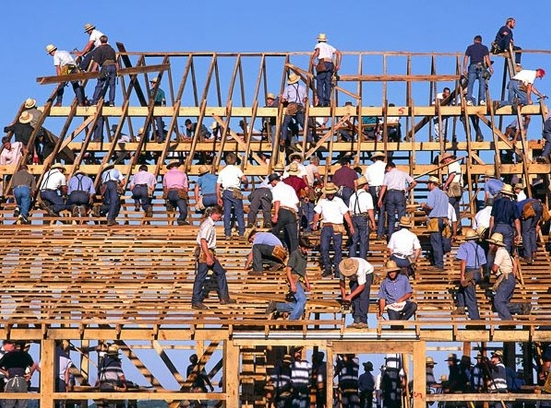 Seventeen years ago I started a project with my son: we built a special table and began to create a model train layout on it. We had mountains and tunnels and a lake…it was really going to be cool. We bought the track and the train and all the equipment needed to set up a working scenario.

But we never finished it.

As much as we dreamed about the finished results, and as much as we anticipated it all, we ran out of time and he moved away from home. The plaster landscape remained mostly unpainted. There were never any trees or rocks, bushes or buildings added to the vista. The track had been laid, but no train had ever run its course. Last summer, after going untouched for 15 years, I tossed it into a dumpster.

I could have lamented all that never came to be; instead, I celebrated what did.

You see, finishing the project wasn’t really our ultimate goal. Working on it together was. The value of our partnership was in the time spent with one another, not in the productive results. Can two accomplish more than one? Most of the time. But the process is greatly enhanced by the fellowship enjoyed along the way.

The Shepherd could find ways to care for his sheep that didn’t include us. Involving broken humans in caring for other broken humans is messy, to say the least. Not only could Jesus avoid the mess, if he wanted, he could also avoid the heartache. But he chooses to partner with us. The value in our partnership IS our partnership. He loves doing shepherding WITH us.