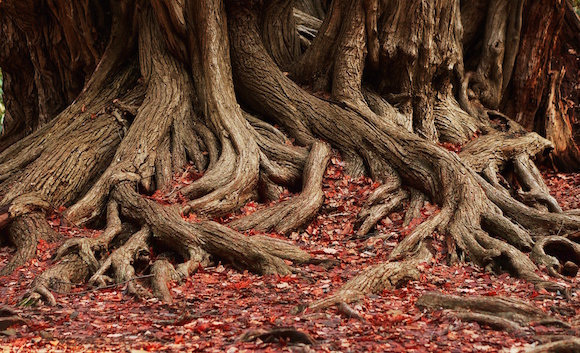 Way back in the last century, when I owned a want-ad newspaper, a client described his business in a way I have never forgotten.

The man had a tree care service. Specifically, he was paid by people to keep their trees alive and healthy. His approach was, to me at the time, revolutionary: he didn’t simply address the outward signs of disease (i.e. cutting off dead branches), he dealt with the root causes (literally).

The difference, he said, was between symptomatic and systemic treatment.

Now obviously, people are not trees. But not so very long ago we treated them similarly. If a limb was diseased, we cut it off. Though that is no longer our default practice, we still tend to focus more on solving the distress of symptoms than on rooting out the underlying causes. (I once knew a physician who ignored the dangers of eating too many high-cholesterol foods because she knew she could take a pill to mitigate them!)

When it comes to caring for the needs of global workers, we cannot ignore the outward symptoms. But we’d help them much more if we could get to (and treat) the problems that lie beneath the problems.