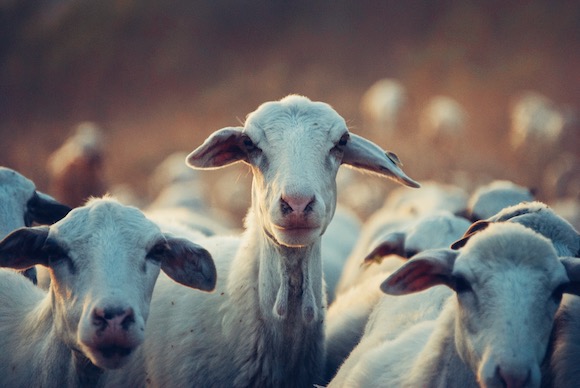 You don’t have to know sheep in order to herd them. They can be driven by dogs or by helicopters (and I suspect robot shepherds operating on artificial intelligence will eventually replace animate herders of any sort). And sheep don’t need to know the dog or the helicopter pilot that herds them. They respond out of fear.

But sheep follow a biblical shepherd because they know he loves them. They know his voice, just as he knows each of them by name. He knows their dispositions and their dietary deficiencies. He knows their personalities and their propensities for straying into danger. He knows them because he is among them, not observing them on a screen or through binoculars.

Sheep herding is a modern concept based on the desire for efficiency. As they say in the business world, it will scale. It’s more cost effective. One person can tend multiple times as many sheep as a shepherd can. But the sheep lose so much…

Missionary care, like biblical shepherding, is messy and costly. Unlike sheep herding, it is not a matter of logistics and technology. It is not an HR function, an item on someone’s to-do list, a mere job description. It takes a shepherd, called and trained and directed by the Great Shepherd, to truly meet the needs of his sheep. Nothing less will satisfy his heart.