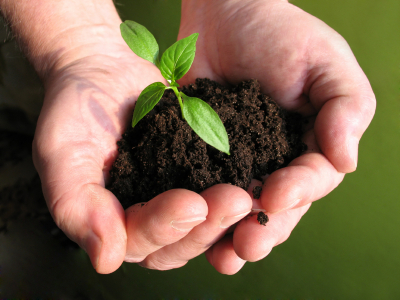 I am the oldest of four brothers in my family. The last brother is nine years younger than me, and the rest of us hardly let him forget his place in line.

One day I walked into his bedroom. He must have been around four or five. He was sitting on the floor and pulling on his head. His hair, his cheeks…anything he could get a grab on. It looked painful, but it was so comical. Until I asked him what he was doing.

Oh my. As if he could actually make himself grow!

You and I do the same thing. Probably not in a physical sense (I hope not!), but we do go through all kinds of intense efforts in our desperate attempts to grow.

As if we could actually make ourselves grow.

That’s plenty sad enough, but then we do the same in trying to get others to grow.

As if we could actually make that happen.

We are, perhaps, tired of the headaches of dealing with their immaturity. Or maybe we hurt for them, wanting them to outgrow their foolish decisions. We might be responsible for them, in a shepherding sense – and that’s where it can get really crazy.

When we think we are responsible for growth, we throttle life. When we think that, as shepherds, we are expected to produce growth in our sheep, we ultimately abuse them and make growth all but impossible.

Growth should happen, that’s true, though none of us can force it. But we can nurture it. We can create an environment where the potential for growth is facilitated. We can form relationships where we have ability to foster connection with the One who is able to make growth happen.

Let’s nurture growth; it can not be coerced.